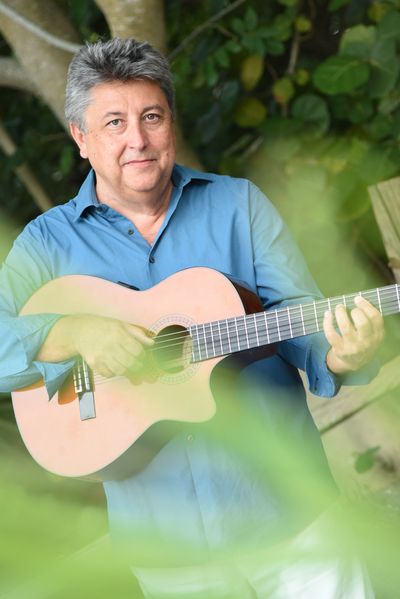 It was Duke Ellington who famously said “there are two kinds of music, good and the other kind.” Not only was it a terrific observation about music, but it also contained an implied challenge. For an artist to stay on the “good” side of that choice, not only should he possess the natural gifts and emotional awareness to connect with listeners, but he should also be able to utilize a musical vocabulary that embraces the many musical traditions that came before. One such artist is singer and songwriter, John Korbel.John Korbel’s songwriting combines the accessibility of contemporary pop and country with a decidedly Jazz song structure and phrasing technique. He also incorporates bossa nova and Latin influences into much of his work. The result is something unique and engaging.In partnership with Art Ward of Century Music Group in Nashville, the team has produced two EP length projects. Expertly mixing Bossa Nova, and incorporating rich and vibrant Latin influences, John's debut EP, 'Earthlight', released in 2017, showcased sheer talent and musical brilliance."Bourbon Street Taps", rooted in Jazz and released in 2020, was accompanied with an award winning video of the title track. With his unique and engrossing musical compositions, that feature strength of emotion and characteristic vocal prowess and delivery, the "Bourbon Street Taps" EP included a well received Christmas song, "December 10th (She Made The most Of Christmas)". John has also secured numerous accolades for his "Bourbon Street Taps" music video including recognition from the Queen Palm International Film Festival, New Hope Film Festival, Richmond International Film Festival, among others.On his newest EP, titled "Miss The Mystery", John ups the energy level on the funky Rock track "That Smile She Can't Understand", along with the romantic undertones crucial to the track, "Miss The Mystery". The talented artist also makes a moving statement on the mistreatment of children in the single "No Better angels", underscoring his narrative strength.

Stressing themes of 'longing', John Korbel's musical compositions remain woven beautifully thematic threads of expressive desire for love, a better future, and for a clinging sense of permanence in the face of life's losses.I am sure you will agree that John Korbel only makes one kind of music, the good kind!